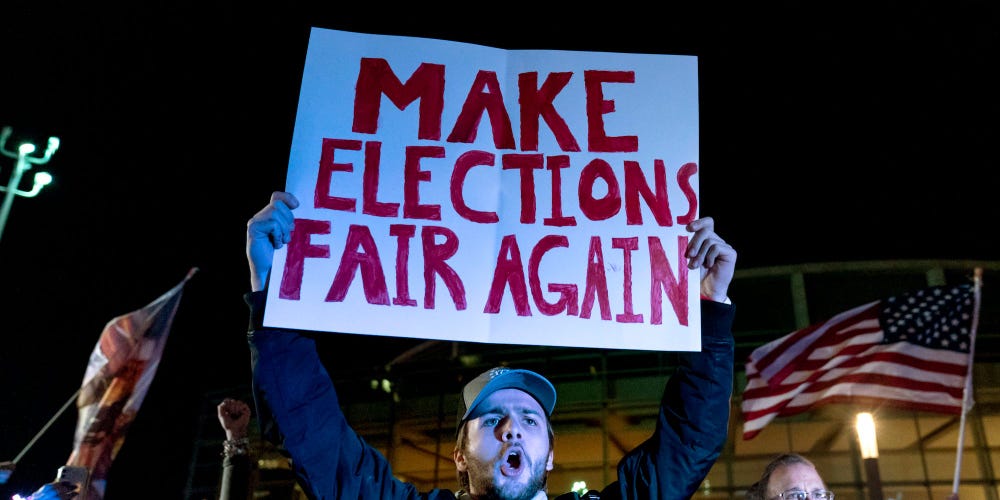 We hope the following can help us make a change: State Legislatures, Governors

Our constitutional republican form of government is in jeopardy!

The strength of our form of government rests on the reliability of secure and fair elections – but radical Democrats in key states have eroded commonsense voter security laws and gamed the system in an effort to secure a permanent Democrat majority!

The 2020 Election was STOLEN from President Donald J. Trump by radical Democrats fully dedicated to destroying our system of secure and fair elections.

While we don’t know the full extent of the Democrats’ destruction of our election laws, we do know about concerted efforts to achieve the following:

The list goes on and on – and they’re employing top left-wing operatives like Eric Holder and Susan Rice to push these radical policies at every level of government!

Patriotic Americans like you must stand up and put a stop to this usurpation of our constitutional republic!

Once you’ve added your name, please share the link to our “Demand Election Integrity” petition with other Americans who believe we should secure our electoral process immediately!

We, the undersigned, demand our political leaders enact commonsense electoral reform that secures our elections from widespread and concerted fraud that seeks to undermine our constitutional republic. We cannot afford a repeat of the 2020 election!