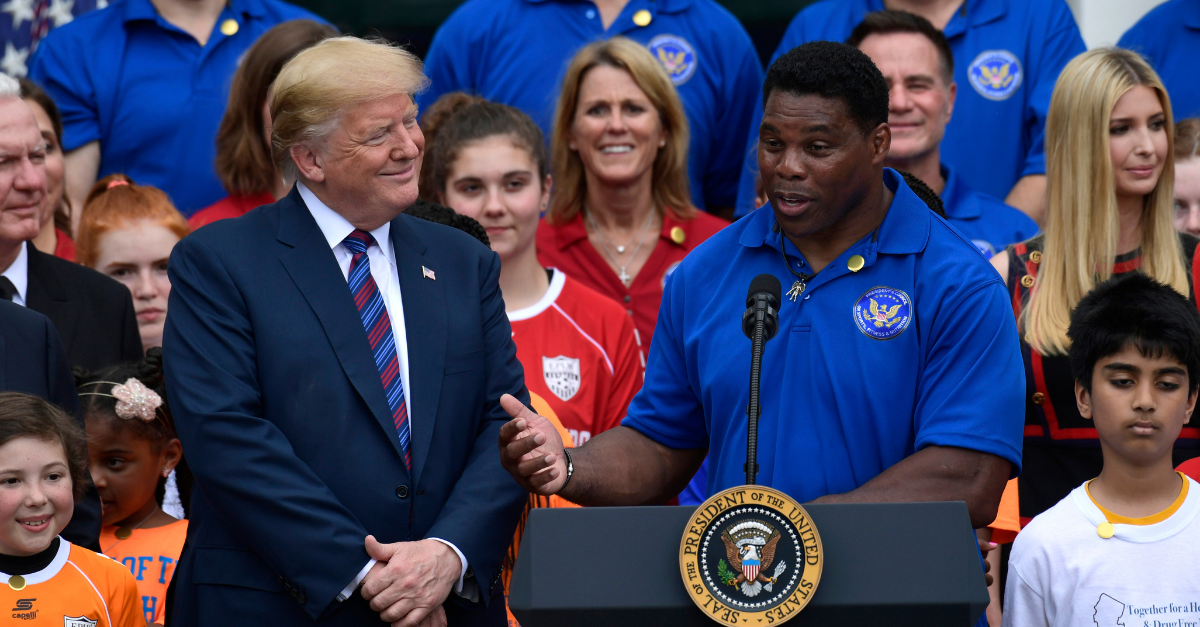 We hope the following can help us make a change: Herschel Walker

Herschel Walker is an American Patriot and a successful professional athlete who stood with President Donald J. Trump and Georgia voters.

Now we must send him to the United States Senate to fight back against the failed Biden-Schumer policies that are bankrupting our nation and destroying President Trump's America First legacy.

Walker's athletic career began at Johnson County High School in Wrightsville, Georgia, where he played football, basketball, and ran track. After graduating as valedictorian, Walker went on to play football at the University of Georgia, where he was a three-time All-American (football and track) and winner of the 1982 Heisman Trophy and Maxwell Award. He is widely considered to be the greatest college football player of all time.

His 14-year professional football career began with the New Jersey Generals of the United States Football League (USFL), before he joined the Dallas Cowboys of the National Football League (NFL). In the NFL, he also played for the Minnesota Vikings, Philadelphia Eagles, and New York Giants. In 1989, Walker's name became synonymous with a trade widely considered to be the largest in league history.

Despite a career that took Herschel around the country, Georgians know he never forgot about us. Over the last 7 years, Herschel has stood with patriotic Georgians as we have fought to protect and preserve the values that have made America great.

As a professional athlete, Herschel Walker left it all on the field. Now we're asking him to take that fight to radical Senator Raphael Warnock in the 2022 U.S. Senate election in Georgia.

Sign this petiton to Draft Herschel Walker for U.S. Senate, then SHARE this petition on your social media platforms.