No Amnesty For Illegals 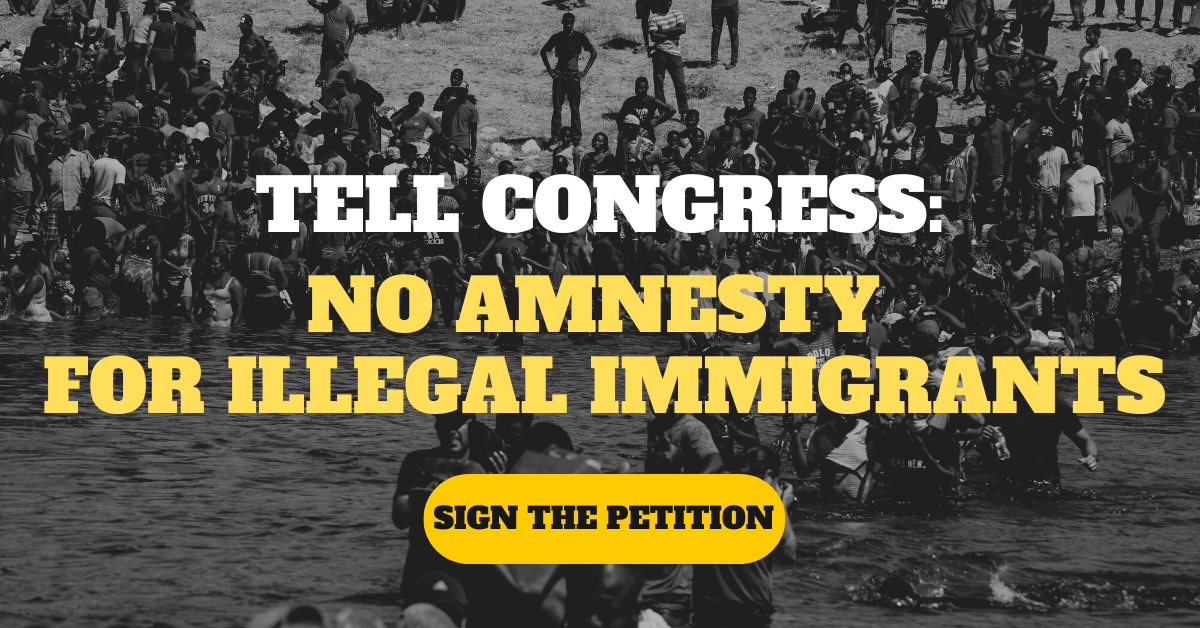 No Amnesty For Illegals

We’re counting on you to help us stop them, before it’s too late.

Sign our petition to every member of the House and Senate, telling them: NO amnesty for illegal immigrants.

The American people made it clear on Election Day: we do not want unchecked government control in Washington any longer. That’s why Republicans won back the House.

That’s why Democrats like Chuck Schumer are desperate to thwart the will of the American people and ram through this destructive, unwanted bill before January.

We can stop him, but only if we put enough pressure on our elected officials. Every name on this petition helps us make an impact. Add yours right away:

Dear Members of the House and Senate,

I’m writing to urge you to vote no on amnesty during the Lame Duck session of November and December.

With illegal immigration at an all time high, the American people deserve actual solutions on border enforcement and immigration.

Instead, Sen. Schumer has made it clear that he’d rather ram through a far-left amnesty plot that would make illegal immigration worse.