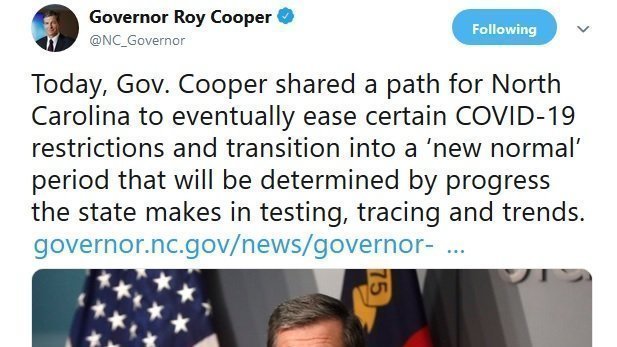 We hope the following can help us make a change: Governor Roy Cooper

The purpose of this Petition is to Remove or Recall North Carolina Governor Roy Cooper for the abject failure in his duty to uphold and defend the United States Constitution.

In addition the idea of "tracking" would require violating HIPAA Law that provides a uniform, basic level of security and privacy throughout the country.

The "new normal" that Governor Cooper has implemented tramples the rights guaranteed to all United States citizens as stated in the Bill of Rights.